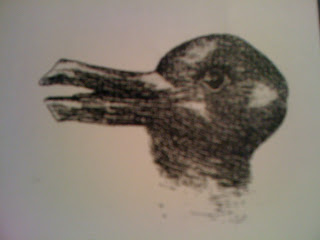 The below written lines, the mentioned ideas included are part of my Semestrial Housework which I had to create! There are some great ideas about why the English language is the most important or more than that, essential part of our career. Read the articles to make it clear for yourself. Actually it is beginning with the bottom of the page, entitled International English. I'm waiting for a comment from your side!

I would like to come with some of the most decisive examples we can face nowadays. The following areas require standard knowledge of English:

- Internet: There is no doubt about the importance of the Internet. It is the main information source, “meeting point”, something almost unavoidable nowadays. Documents, personal data, programs and many other significant things are uploaded onto the internet

- Television: Just think about CNN, BBC, Eurosport and other channels. No chance for understanding it without owning some English skills. However many interpretations exist, the original message of the TV programme cannot be felt without understanding the real meaning.

- Travelling: Another substantial fact is travelling. Driving to Western European countries, flying to different places are dreams of everyone, but we have to confirm that information concerning cities or monuments visited are mostly through English available.

- Working in foreign countries: People are searching for a better salary, a better life. There are many places in Europe where for the same work people earn less money than more developed countries. If I make a comparison between my home and Italy, it will become understandable why a huge number of inhabitants went to the Mediterranean countries with the target of reaching a better life for them. Even if it’s enough to learn a peace of the country’s official language, some English is also welcomed. Not only it is easier to learn a new language with the bases of it, but it is also used everywhere.

- Trades: Stock markets, banks, shops are depending of the currency. The financial background of a certain country is influenced by worldwide matters, so international affairs are appearing once again. Euro and Dollar have become the power of the World’s economy, they are playing a huge role all around.

World have gone over so many changes during the last few years that everything is always turning up and down, there is no constancy. New projects, new prospects, changing workgroups, moving currency level, and a lot of things are surrounding us in this huge global World. We cannot see through all these factors, and we are not able to predict the future. The only thing we can do is to adept to the appearing conditions, and to face everything properly. As things are changing, mentality has to keep up with all the surrounding matters. The spread of the English language is an essential factor of our times. There are more than a billion people using it as a second language, and this number is set to be increased to two billion in 15 years. We observe that our partners, customers, neighbours, are not speaking the same language as we do, and they are not native English speakers. In order to make progress, to get a suitable workplace people have to learn English. We are the witnesses of an increasingly global domination. The usage of English is now moving on a west-east direction. By the enlargement of the European Union, and also by the progress of other countries positioned in the eastern part of Europe, the Lingua Franca is winning more and more territory. This phenomena have been happening since many years, especially since the fall of the communism in the Eastern European countries. Since then, the less improved states are also adopting the global affairs, wit the English language together. All in all learning it is nowadays essential for all of us. It became an important matter and thanks for the appearance of Global English, for people is now easier and simple to achieve a standard level. No matter if we work on the field of politics, economy, army or services, we need to learn it. The information mentioned through some pages above are demonstrating that English became one of the most important elements we can face nowadays. Possessing some English skills, it is obvious that we can feel everything closer to us including our aims, family, environment, holiday and top targets.
Publicat de Elod Pal-Pal la 00:13 Niciun comentariu:

If we want to make up to the worldwide level of using the language, we have to learn it. It is the most difficult stage, because for achieving this target we have to dispose over good prepared teachers, people who are able to think in a modern way. The way of thinking is probably the base of everything. When somebody understands the importance of doing something, it will surely work. I would like to mention the fact that many countries haven’t attended a level where teaching and learning are matched in a harmonious way. There are teachers who are glad to show how important this language is, but unfortunately many students are still in doubt regarding the seriousness of the matter. Only after finishing the school will many people observe how substantial English is. If we want to study or to work in a foreign country, we have to own good knowledge. Nowadays, there are many possibilities to gain a certificate in English. Several institutions organise different exams in order to create an opportunity for achieving degrees and certificates. The University of Cambridge with the contribution of the British Council organises a lot of exams of different levels: First Certificate in English, Cambridge Advanced English, and so on. These certificates help people to show up their abilities and to reach good workplaces, as long as English remains a basic requirement at international firms. On the other hand the use of English is also important at all the restaurants, hotels, pubs, clubs. In conclusion, in order to keep up with the progress, we need to practice it.
Publicat de Elod Pal-Pal la 00:12 Niciun comentariu:

By the 21th century the international affairs, trades, transports, communication and business have reached a high level. Nowadays, distances between countries have a tiny importance, every movement takes place in a sudden, quick and efficient way. That is the reason why we live in a well- defined, international world where no boundaries are known. In the majority of places, just like in the European Union, international affairs are discussed among people coming from different countries of Europe. The members of the 27 states have to be able to solve certain issues in a particular way. Business like the oil or fuel trade is also solved among members who may not have the same mother tongue. Anyway, we cannot live without the above mentioned steps, so we need to adapt to situations when our language is not enough to fix a matter. An international, well- known language has to be learned. This is the English language. A “worldwide brand” which helps people understanding each other. This kind of understanding is leading to many results which define essential matters of the Global World. English is already used and spoken in many institutions, parliaments, governments and so on. And not only in the English territories, but also in other states like Singapore or India. This language is in continuous extension, many states are adopting it one day to another. It is clear that without English there is no chance to take part in the elite category of the world’s international matters. We all have to agree with the fact that there is one major language above all the others, and its name is English.
Publicat de Elod Pal-Pal la 00:11 Niciun comentariu: